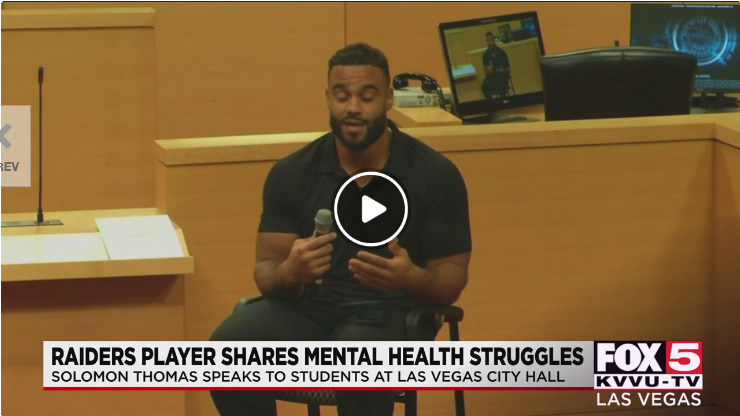 LAS VEGAS (FOX5) — After Monday night’s big win, a Las Vegas Raiders player spent Tuesday night at Las Vegas City Hall meeting with the mayor and sitting down with students from across the city to discuss teen mental health.

After his own struggles with mental health and a loss that forever changed his life, defensive lineman Solomon Thomas has dedicated his life to saving other young people.

“When I was growing up, when I was a kid, when I was going through things, I had all these feelings. I didn’t know how to talk about them,” Thomas said.

Now an NFL star, Thomas told the students he was overweight as a kid and moved around a lot.

“I was made fun of a little bit. I was called names …. Another thing growing up that impacted my mental health was being black in mostly white areas. I felt like I wasn’t valued, or I wasn’t worthy,” Thomas said.

Thomas said he wants to end the stigma surrounding mental health and open doors for kids to feel free to talk about how they feel.