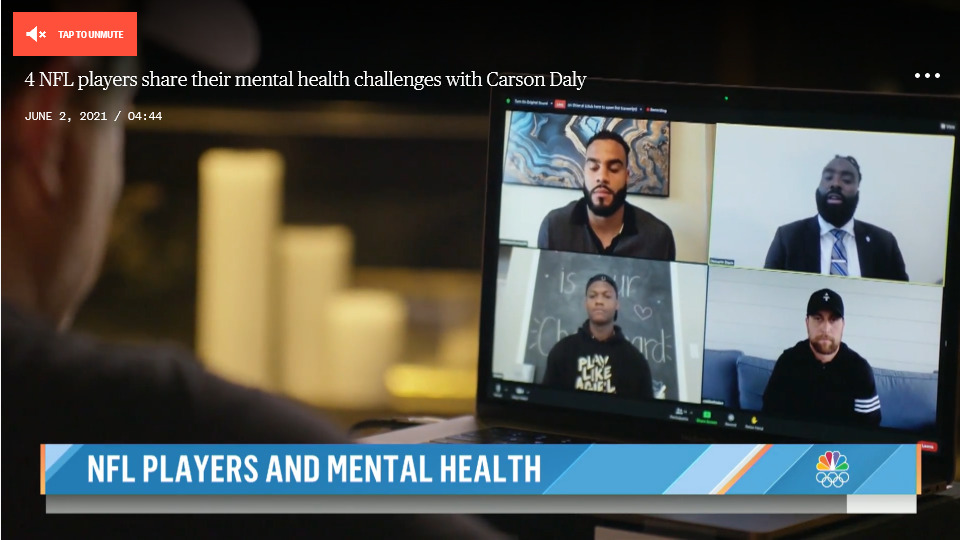 Today Show: ‘You’re not alone’: Athletes speak out about mental health in the NFL

By thedefensivelineOctober 21, 2021No Comments
By Kerry Breen

As more and more celebrities and public figures open up about their mental health, some athletes say it still feels difficult to speak candidly about their struggles. TODAY’s Carson Daly sat down with four NFL players who are looking to break the stigma around mental health in sports on the newest episode of “Mind Matters TODAY.”

“I still think the stigma’s pretty strong,” said Solomon Thomas of the Las Vegas Raiders, who said he began to seek help after the death of his sister. “That’s the one reason I didn’t come out and start speaking right away about my depression, about my journey, and about my sister’s journey, as well. I was afraid of, like, what fans would think, if teammates would think I’m soft.”

DJ Chark, with the Jacksonville Jaguars, said that he first started to struggle with anxiety as a student at Louisiana State University, where he would “always be nervous,” whether or not it was “football-related.” However, when he entered the NFL, he worried about how his struggles would be perceived.

“We’re three-part beings: We’re spiritual, mental, physical,” said Demario Davis of the New Orleans Saints. While being physically in shape matters to him, so does mental fitness. “…Even if you want to look at, you know, gladiators being on the field, what’s going to make the best gladiator? That gladiator needs to walk out just (as) physically sharp as he is mentally sharp.”